It’s an “amazing feeling” for the local product to join the B.C. Hockey League’s (BCHL) newest organization and be a part of the start of something great.

“I thought that the Bucks coming to Cranbrook was a great opportunity for me to be able to play elite level hockey as well as be able to live at home with my family,” said Reid, who finished with 18 points in 40 regular season games.

“Playing in Kimberley last year was an unreal experience as I was able to have family and friends watch almost every home game and be able to see everyone at the rink was awesome,” said the five-foot-10, 160-pound defenceman.

“Playing in Kimberley last year helped me fill out as a hockey player in areas like my defensive zone as well as my playmaking/quick thinking abilities.”

Reid credits playing in the Kootenay International Junior Hockey League (KIJHL) in helping him make the jump to the BCHL. It allowed him the opportunity to get used to playing against bigger and stronger opponents, and facing older players compared to his minor hockey days.

“We are thrilled to have Cam join the Bucks for our inaugural season in the BCHL,” said Bucks head coach and general manager Ryan Donald on the Bucks’ website.

“Cam possesses exceptional skating ability and is a defenseman that stood out at our Rookie Camp in September.  After watching him play in more detail, it became clear to our staff that Cam is a player who is prepared to make the jump to the BCHL this season.” 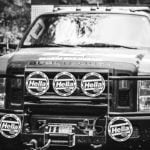