Council started the process of approving a request from Purcell Collegiate Incorporated (PCI) for a zoning change to land located between the golf course lands and Mark Creek in Marysville. The land had originally been targeted for a seniors housing facility but will now be used for Phase One of the proposed PCI school campus project.

Troy Pollack, Manager Planning Services, reported to council that the proposed zoning amendment replaces the seniors housing with a mix of educational, commercial, residential and recreational uses needed for the campus.

Coun. Oakley comment that “a traffic impact analysis had been done” for the senior’s project. Pollock replied that it had, but with the new zoning Ministry of Transportation and Infrastructure approval would be required for the project to move ahead which may entail a new traffic study given the different land uses.

The issue of “a water availability study” was raised by Coun. Goodwin. He sought assurances from Pollack the PCI project would not be any “bigger” than Phase One until such a study had been undertaken. Goodwin has comment at past council meetings about the need for measured growth in Kimberley, particularly with limited water resources available to support future development.

Pollack indicated that if council approves the zoning change after the public hearing, then “the next stage will be development permit review” with more detailed plans and yet another decision by council.

Council set an electronic public hearing on the PCI zoning for Oct 13 at 7 p.m.

Fire Chief Rick Prasad presented a report on the department’s activities for the first half of 2020.

The pandemic impact reduced the number of fire inspections and fire training time. However, the department was able to maintain fire suppression and rescue services.

According to Chief Prasad, “The fire department responded to 78 alarms within the first six months of 2020.” In 2019, the total was 91 calls in the same time period.

The lock-down had a significant impact on the number of calls when it came to automatic alarms which were down by almost half with only 12 calls. Other areas where the pandemic reduced service calls included “false alarms, grass fires, gas leaks and motor vehicle accidents.”

While commercial fire inspections were curtailed during the pandemic lock-down, “We’ve been hitting it pretty hard since the return.” He gave a shout out to the local businesses. “Businesses are excellent in this community. They really take fire safety seriously.”

The department was the first in the province to resume face-to-face training after the pandemic forced changes. “Department members participated in an estimated 750 hours of operational training.”

The fuels management program continues in the Nature Park, Nordic Park and Forest Crown area. Open prescribed burning has not taken place so far this year.

Chief financial officer Jim Hendricks presented a financial update to council. He started off, “There’s not a whole lot to report on, despite the fact its been an unusual year. The numbers are coming in close to budget for the most part.”

Two areas of city operations that are running below budget are parks and facilities revenue which are down due to closures.

When it comes to the capital and non-capital projects, “The management team and operations guys have been doing a really good job of getting projects done.” The largest project, the 4th Ave. road work, is “on schedule and on budget.”

Overall, financially, Hendricks summarized everything to date as “pretty good from an up-date perspective.”

Coun. Roberts commented, “I’m pretty amazed at the revenue from taxes. I thought we would have more delayed than we do.”

Hendrick’s noted the difference between revenue and collections, then said, “The collections have actually been pretty much on track. We had prepared for a worst-case scenario regarding collections, but we’re doing quite well.”

The next scheduled Council meeting:  September 28. The meeting will be live streamed on the City of Kimberley YouTube channel. 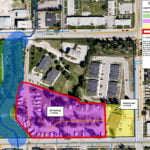