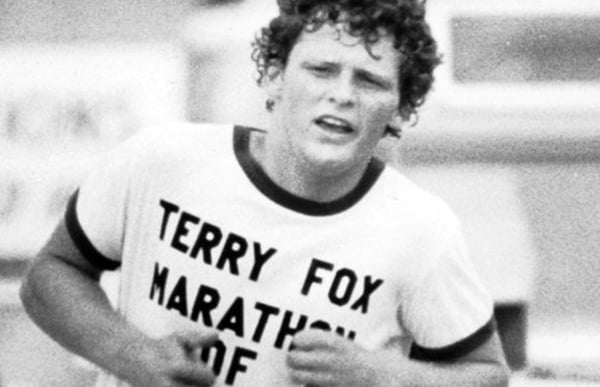 “I’m not a dreamer, and I’m not saying this will initiate any kind of definitive answer or cure to cancer, but I believe in miracles. I have to,” the words written by a true Canadian hero.

Terry Fox had a single dream: a world without cancer. He sought to reach out to every corner of Canada, and beyond, when he embarked on his Marathon of Hope. Terry Fox ran the equivalent of a marathon a day for 143 days straight, on one leg, to raise awareness for the need for research funding. When his own cancer spread, he was forced to stop running. The heroic Canadian was gone, but his legacy was just beginning.

This year marks the 35th annual Terry Fox Run and Cranbrook is seeking a motivated, compassionate volunteer Run Organizer to continue Terry’s legacy in your community.

Terry Fox has inspired an incredible wave of change over the past 35 years with his legacy living on in Cranbrook. For the past 30 years, Cranbrook has hosted a Terry Fox Run. The Run is an opportunity for people of a variety of backgrounds and ages to come together and contribute to the growing total of close to $700 million that has been raised, worldwide in Terry’s name, in support of impressive and vital progress made in cancer research over the past three decades (for more information about Terry Fox funded research projects visit www.terryfox.org or www.tfri.ca).

As the volunteer Run Organizer, your responsibilities will include recruiting committee members, confirming the route, promoting the run, and overseeing run day activities. The time commitment ranges from two to four hours weekly during the months leading up to the National Run Day, which is on Sunday, September 20 this year. Whether as a couple or individual, the volunteer Run Organizer will always be assisted by the Terry Fox Foundation in the planning process, and given the resources to make it a success.

“The Terry Fox Run has been with us in Cranbrook since 1985,” praises Donna White, British Columbia and Yukon Provincial Director. “An astounding $20,000 has been raised at this location for innovative cancer research.”

The Terry Fox Foundation is proud of the 84 cents of every dollar raised that goes directly to cancer research initiatives. The run, an all-inclusive, family-oriented activity, charges no entry fee or minimum pledge amount. Participants can run, walk, blade or bike.

“If you’ve given a dollar, you are part of the Marathon of Hope.” Terry taught us that every contribution matters. Terry’s legacy continues to positively affect countless people and lead to breakthroughs that were unimaginable when Terry set out on his historic Marathon of Hope 35 years ago.

If you wish to volunteer with a truly grassroots organization that values all contributions, and whose mission it is to help every cancer patient, please contact Donna White at 1-888-836-9786 or [email protected] for more information. We bet you’ll be glad you did.