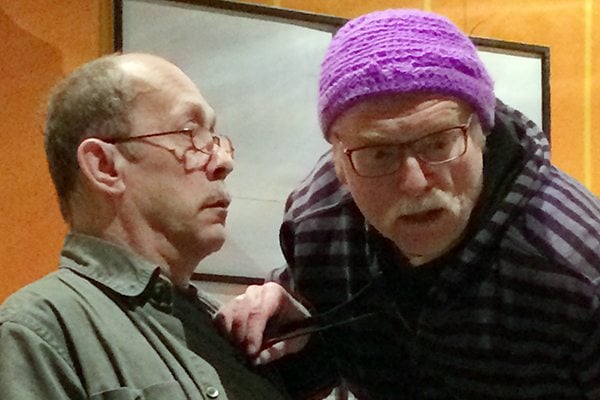 Cranbrook Community Theatre (CCT) brings the joyous revival of ‘The Sunshine Boys’ to the Stage Door Theatre in April and May 2018. This is the final production of CCT’s season program. Written by American playwright, screenwriter and author Neil Simon, The Sunshine Boys tells the story of two cantankerous vaudeville comedians who, for 43 years, were a headline comedy act before calling it quits. After more than a decade in non-speaking retirement they are convinced to reunite for one more TV show… even though they can’t stand each other.

This hilarious Broadway hit is directed by Bob McCue, who has gathered an extremely talented local cast and crew.

“You will laugh, you will cry, and then you will laugh a whole lot more. The quality of the performances will blow you away,” says McCue.

Tickets are available at Lotus Books.

CCT has been entertaining Cranbrook and area audiences for more than 50 years. The society strives to promote and develop local talent: on stage, behind the scenes, or in the director’s chair. CCT believes theatre, music, dance, and art play an important part in the community, and are pleased to call the Studio/Stage Door home.