Winnipeg proof ICE loss would not be end of the world Searching for words to express my disappointment in the Kootenay ICE, my eyes settle on the Steeples, sharp with fresh snow.

The air is crisp; it’s a day when the office becomes a cage. I should be swallowed by forests and waterways, not walls.

And it hits me; who gives a runaway rat’s ass if the ICE pack up and head to Winnipeg? At the end of the day, big whoop-diddy-do and a sandwich named Fred.

Sure, we lose an anchor tenant at Western Financial Place – for the time being. This is Cranbrook; hockey comes around like deer to fresh flowers. A junior A opportunity will surely come along; or perhaps the Kootenay International Junior Hockey League would like to return.

I admit that I was pumped when the ownership group led by Greg Fettes and Matt Cockell came along. They said a lot of the right things and cranked up the PR machine. They brought a new way of doing things and thanks to being crappy the last few years, some excellent young talent has arrived and is still coming, so better things are ahead for the product on the ice, in theory anyway.

More people have shown support for the team in the last year than they have in numerous years; it is heading in the right direction. And then the rumours started flying followed by no effort to put an end to them. So here we are.

Support at the gate is not what the new ownership had hoped for but to expect a finger-snap turnaround with plenty more bums in the seats, when the on-ice product has been the worst it has ever been since the team arrived in Cranbrook, is a tough sell to ticket buyers – ANY WHERE.

The main reasons I’ve heard from fellow hockey nuts as to why they don’t go to more games or buy season tickets: subpar product; ticket prices are too high; didn’t know there was a game to go see; and there are thousands of other distractions that cost less money – such as enjoying the amazing wilderness we all call home.

Personally, it’s tough to be able to make it to many games because of work and personal schedules. We’ve been season ticket holders and it was really tough to make even half the games in a season.

There was a dedicated effort by the Green Bay folks to get more bums in seats but that didn’t seem to arouse the interest of ICE ownership and management. We’ve all smelled that elevator cheese before, haven’t we? (Side note: Elevator Cheese would be a great name for a band.)

I feel for the people and businesses that have bent over backward to try and accommodate and help the ICE rebound in Cranbrook. I feel for fellow hockey nuts, too.

But take it from an ex Winnipegger. It isn’t the end of the world when you lose your hockey team.

When the Jets 1.0 left town, Winnipeg officially fell from the ‘Big League City’ status it had enjoyed the past 100 years.

I left Winnipeg in 1989. Hate to say it but I couldn’t get out of there fast enough. It seemed like it was dying.

Seven years later the Jets took off for Arizona – a foregone conclusion that a spirited fundraising effort could not derail.

As heartbreaking as it was for the city to lose its beloved Jets, the city also showed its true grit and instead of sulking and allowing itself to decline further, Winnipeg put its work boots on and evolved into the now much-improved city (aesthetically and economically) it has become.

Instead of whining about ticket prices and crappy parking such as what we endured at Polo Park and not supporting the team at the gate, Winnipeggers now flock religiously – full-house after full-house – to the ghost of Eaton’s and have embraced Jets 2.0 like nothing ever before, Blue Bombers included.

In short, while Winnipeg is still the same old city in terms of character, it is a different place than it was in the 1970s and ‘80s; a better place.

Winnipeggers began to embrace their uniqueness after the Jets left and by the time the 21st Century rolled around, it was no longer the butt of jokes but one of the coolest cities in Canada.

Cranbrook can easily learn from that as Winnipeg appears poised to take our team.

A new 5,000-seat arena is being built off McGillivray Boulevard. The University of Manitoba Bisons draw 11 lost freshmen and two goal judges a night so a rink that size is beyond their needs. Sounds Western Hockey League-y to me.

The ICE currently draws about 2,500 a game. Will it draw better in Winnipeg?

Past WHL incursions in Winnipeg were a total bust. The last dub club in the city, the Warriors, departed for Moose Jaw in 1984.

Back then Winnipeg was rich with junior ‘A’ clubs and hockey fans supported them over the WHL team, along with the Jets.

While that wealth of junior teams is lost now to other locales in the province, Winnipeg and area hockey fans have the Jets and the American Hockey League’s Manitoba Moose (operated by True North Sports and Entertainment).

If Winnipeg lands a WHL team it will be the only city in Canada to have NHL, AHL and WHL clubs in town. Methinks the dub club will be on the outside looking in at available ducat dough in luganland.

The Moose have been experiencing sharp declines in average attendance the past four seasons, from 7,285 in 2015/16 to 4,145 so far this year. The AHL is stuffed full of players who were among the best in the Canadian Major Junior hockey during their individual tenures.

Last year the ICE averaged 2,442 a game, second lowest in the league ahead of Prince Albert (2,050 a game), which is the WHL powerhouse this year.

Last year’s WHL champion Swift Current Broncos averaged only 2,512 a game. These three cities are all the smallest in the league.

So good luck ICE if you are indeed heading to Winnipeg (such a move would require two-thirds approval from the league’s board of governors), because you will need it.

Not only will your travel budget be head-smokingly large, but you are in tough to lure fans away from the Jets and Moose, or the Winnipeg Blues, Selkirk Steelers, Portage Terriers, Steinbach Pistons or even the Blue Bombers during the first 2.5 months of the season.

I look at those beautiful Steeples shining away and remember why I live in the paradise that is the warm side of the Rockies, and I wish the ICE luck if they think the grass is going to be greener in the prairies.

Sticking to it and building on the efforts expended thus far, along with a better on-ice product, will expand seat sales in Cranbrook.

I hope this rumour is false but the silence from the ICE and league is deafening.

And if the club does bolt – move on. It is not a black mark on the city nor is it such on the ICE and its ownership. Don’t feel badly.

We will still live in a city and region that new ICE fans in Manitoba come to in droves to get away from the drudge of life in Winnipeg – great city though it is.

I look toward the Steeples and Fisher Peak and think of the reasons I live here and nowhere on that fairly lengthy list is ‘because there is a WHL team.’

Winnipeg thrived after the Jets 1.0 left and because of that new energy, it got a second chance at having a NHL team. 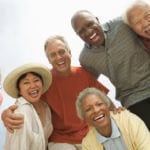