Home » BC NDP may be on the verge of something big BC NDP may be on the verge of something big

Now that the dust has settled and the tumult subsided on the B.C. election scene, a few lessons have been set in stone about the blood sport known as B.C. politics.

Lesson one: hitting your opponent when he or she is down may be dirty pool, but it’s a winning strategy in B.C. politics. Just ask former Liberal Leader Andrew Wilkinson whose party lost almost a dozen seats. Or better yet, ask Green Party Leader Sonia Furstenau, who lost one of her three precious seats and had only become party leader less than two weeks after the writ was dropped.

Talk about being kicked when you’re down!

Yet, compared to Donald Trump, NDP Premier John Horgan is a gentleman in how he conducts politics. But this didn’t stop him from breaking his written agreement with the Green Party to serve a full four-year term and not go to the polls until completion of a four-year term which would have ended in October 2021.

Horgan had a choice – do what he had signed up to do or break his agreement and call a snap election which enabled him to leap-frog over Wilkinson and become a majority premier. So, lesson two; you don’t win in B.C. politics by being a nice guy. Nor would you win in politics anywhere else for that matter. That’s just the way it is.

But when you look at Horgan’s landslide victory in a historical context, something much bigger than the lessons already mentioned may be happening. In fact, we may be on the brink of a veritable sea change in B.C. politics. It’s my contention that the NDP’s huge win may mark the end of the long running right-of-centre, populist coalition that governed B.C., with few breaks since 1952, when a group of  funny money, Bible-belting interlopers from Alberta invaded BC and propelled a Kelowna hardware merchant by the name of W.A.C. Bennett, to the premier’s chair in Victoria.

Bennett, or “Wacky” as he came to be popularly known, was the first Social Credit (Socred) premier of B.C. and ruled the province decisively for 20 years (1952 – 1972) governing under a political template of “free enterprise” and dark warnings about the “socialist hordes” at the gates that kept him in power for two decades until the NDP’s Dave Barrett slew the Socred dragon in 1972.

But Barrett’s government lasted only three years and then the Son of Wacky, also named Bill (W.R. Bennett), was elected premier and ruled for another 11 years (1975 – 1986) and was followed by yet another “Bill” only this time it was the self-described “fannn-tastic” Bill Vander Zalm, premier from 1986 – 1991 until he resigned under a cloud of scandal and the NDP came to power again under Premier Mike Harcourt (1991 – 1996).

Add it up. That was 36 years of Social Credit rule in B.C., followed by another 16 years of right-wing rule under premiers Gordon Campbell and Christy Clark except Campbell had the Socred name changed to “Liberal” in 2001 because the Vander Zalm scandals had stained the reputation of the once-proud Socred name and the party wanted to make a clean start. And so they did under a new moniker but the same old ideology of free markets vs social democracy.

But no matter the numerous machinations of the past, whether Socred or Liberal, the two right-wing parties that governed B.C. for all those years have always had one thing in common – they were centre/right coalitions and they largely succeeded because of that while the left was pure and stuck to its ideology.

Now there’s a new sheriff in Dodge called John Horgan, who downplayed ideology and won a raft of new seats in the Lower Mainland enabling him to form a new coalition of soft socialists and environmentally sensitive urbanites that could be the political dynasty of the future and sending the old Liberal/ Socred coalition to a long overdue grave.

If that happens, Horgan’s main opposition in the future may come from the Greens, who lost a seat in the election but still gained more than 15% of the popular vote. In fact, heading off the Greens may have been one of the main reasons Horgan called the snap election in the first place. Clever move.

That’s what my political crystal ball is saying. Yours may say something different.

– Gerry Warner is a retired journalist, who finds B.C. politics a welcome relief from American politics. 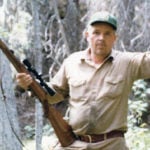 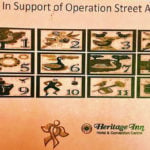