PCR test expected to be scrapped for short visits to US, says national media

Kootenay-Columbia MP Rob Morrison has this afternoon confirmed that a border crossing exemption is being allowed for Canadians trying to access the Lower Mainland (or other flooded areas) after land routes in B.C. have been cut off by flood and landslides.

At this time the only way to get in or out of the Lower Mainland is by air or through Washington state, which has also been impacted by the recent storm.

“The Canada Border Services Agency has confirmed that those who can’t access the rest of the country through highways currently closed without an estimated time of reopening will be able to bypass some of the steps typically required to re-enter Canada after crossing the U.S. border,” MP Morrison reported. “Specifically, these adjustments include exemption from the COVID-19 pre-arrival test, the test in Canada and quarantine requirements.”

Morrison added over the past number of weeks, “leading health experts, businesses and tourism associations, and Canadians have been calling on the Trudeau government to remove current pre-departure PCR test requirements for fully vaccinated travellers.

“In line with the government’s COVID-19 Testing and Screening Expert Advisory Panel, Conservatives are calling on the government to remove the current pre-departure PCR testing requirements for all fully vaccinated travellers entering Canada through land borders, in addition to harmonize with U.S. regulations on air travel, and remove the pre-departure requirement for a PCR test in favour of a rapid antigen test for fully vaccinated travellers.”

And it appears the federal government may be listening. National media this afternoon is reporting the government is expected to announce later this week that it is dropping the negative PCR Test requirement for Canadians returning to Canada from the U.S., for trips shorter than 72 hours. Please note this has not yet been officially stated by the government.

The anticipated change is expected to occur at the end of November or in early December.

The US border opened to fully vaccinated Canadians on Nov. 8. 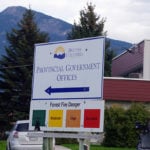 Cranbrook and Invermere get grants-in-lieu