It is with great sadness we announce the passing of Lyle Thompson.  Born in Elrose, Sask., Lyle was the eldest son to Roy and Alice Thompson.  Lyle was a farm boy through and through.  He loved the Prairies, family and farming life, especially the equipment and machinery.  He was a feisty athlete and loved hockey and baseball.  He also had an amazing love for music.  He loved to turn it up loud . . . all kinds of music.  After graduation he worked and attended Tech school in Toronto.  After school he was hired on with Bell in Toronto.  He was later hired on with Sasktel and moved to Saskatoon where he met Lauraine Tremblay.  They were married and resided in Saskatoon.  In 1967 Lyle hired on with BCTel.  They moved to McBride, Prince George and then to MacKenzie.  They were there for many years.  Lyle loved his job with BCTel and in 1972 he took a transfer to Nakusp.  There is where they raised their family.  Lyle continued on with BCTel in Naskusp until his retirement.  He spent many many years volunteering with the Nakusp Fire Department, Nakusp Council, Search and Rescure, Ski Hill , Arena and more.  Lyle gave his time to his community.  In 1997 after retirement, Lyle and Lauraine moved back to Lyle’s home town, Elrose, Sask.  here they spent many years enjoying prairie life.  Volunteer time again to the Lil Mills Memorial Garden In Elrose.  Lyle enjoyed taking his grandfather’s restored truck and tractor to local events and visiting with people with similar interests.  That truck was his pride and joy.  Lyle loved vehicles.  He wife Lauraine passed away of cancer in 2007.  In 2012 Lyle found himself visiting family in Cranbrook and grew to love the community.  He loved to watch a ball game at Moir and enjoy a ball park hot dog.  Lyle kept himself on a tight coffee regime and was a faithful Tim Horton’s patron.  He loved the staff and scootering around Cranbrook Rails to Trails with all the wonderful mountain views.  Lyle will be sadly missed by his many friends and family.

Lyle was predeceased by his loving wife Lauraine and his brothers, Russell and Raymond.

In lieu of flowers, donations may be made to the Canadian Diabetes Association.  Due to Covid19, there will be a graveside service at a later date to be announced.  Lyle will be buried in Elrose next to his wife, Lauraine. 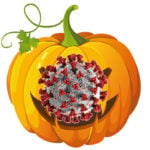