It is with great sadness that we announce the sudden passing of our dear husband, father, papa and brother, Douglas Richard Perry, born in Vancouver on April 7th, 1943.

Doug led a full life and will be lovingly remembered by his family and many friends for his spontaneous love and friendship he gave freely to all. He was always the first to volunteer to help in organizations or friends’ projects… or start them for you. Many will remember his guidance and participation in the Sam Steele Days and MC’ing the pageant for a few years. He served on the Cranbrook City Council for 5 years and many years as Chair of the Railway of Museum Travel.

Doug sold real estate in Cranbrook for 31 years and as it was always his desire to give back, became President of the B.C. Real Estate Association and Chair of the Real Estate Errors and Omissions of B.C. He mentored many people throughout his real estate career and he always strived to put his clients’ needs first.

Doug was selling life insurance when he was offered the opportunity to set up and run several dry-cleaning operations as the One Hour Martinizing in Trail, Nelson, and Cranbrook. This brought Doug and his young family to reside in Cranbrook in 1970. His dry-cleaning business was one of the first to open in the brand new downtown Cranbrook Mall. Some will remember his offering the front end of the dry-cleaning business to sell tickets for the Cranbrook Royals Hockey Team in their run for the Allen Cup. Doug’s love of the hockey community lead him to serve as Vice President of the Cranbrook Minor Hockey Association. Doug loved supporting his children’s activities and also served on the board of the Cranbrook Tritons swim club. He enjoyed golfing and became involved with the Cranbrook Golf Course Board serving as Vice President (of course he did) for several years.

Doug had an uncanny ability to make friends wherever he was. It didn’t matter if you were in an airport, a hockey game, or the boardroom. Doug was able to build long lasting relationships on loyalty and trust. If you were a friend of Doug’s you had a friend for life and someone in your corner always willing to lend a helping hand or sit and share a scotch with.

Doug retired in 2008 in order to take a cross country trip throughout Canada and many parts of the U.S. with his wife, Louise in their much loved R.V.

After spending 47 years in Cranbrook, he and Louise moved to Vancouver Island to be closer to family and watch his youngest grandson grow. He loved all his grandchildren very much, Derek, Tenille, Emilie, Joey, and Matthew. Everyone who knows Doug knows that family came first and that at a moment’s notice he would drop anything to come and help them. And once the crisis was averted, he would even clean out your garage… or put away your Christmas lights.

Doug is survived by his wife, Louise, their daughter, Kymn, son Jason and daughter-in-law, Sandrine; his grandchildren, Derek, Tenille, Emilie, Joseph, and Matthew; his sister, Marilyn and brother, Ken. He is pre-deceased by his mother, Marion and father, Richard. Lessons from the global supply chain Ed Gorman should be better known 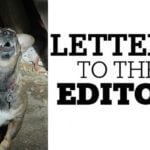 A societal issue of entitlement and enablement 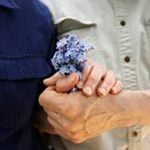 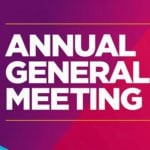 Spring in the East Kootenay