The family of Lilio Colonello would like to announce his sudden passing on Friday, April 9, 2021 at 73 years old.  Lilio was born in Bussolino, (northern) Italy to his parents Gino and Gina Colonello.  He has one older brother Lino.

He grew up in Italy and at 10 years old his family immigrated to Canada, specifically Natal BC, in 1958.  He attended Michel-Natal Elementary and Sparwood Secondary Schools.  During his school years he was a good academic student, an active member of many clubs, and a gifted athlete.  Upon graduation he enrolled at the University of British Columbia where he earned a Bachelor of Science degree and teaching certificate.  He came back to Sparwood Secondary to work as a teacher, Vice-Principal, and Principal.  He stayed at Sparwood Secondary for 23 years.  He embraced everything about his work (not really work to him) which included the students, his colleagues, and coaching many sports.  He was transferred to Elkford Secondary School for the next 10 years where again he gladly immersed himself in the work there.  He was always grateful to have a teaching career.  While he was at university, Lilio married his soulmate Trudy Paniec and they had two sons, Jason and Mark.  He supported his family with love and infinite patience.  Lilio and Trudy were fortunate to have an awesome marriage of 50 years. Lilio was always busy playing men’s basketball, golf, slow pitch, coaching children’s sports, fishing and gardening.  He was a life long learner who spoke three languages and earned his Master’s degree in Education. He was a prolific reader who enjoyed anything about history.  The family went on many trips back to Italy to visit his family there.  He was extremely proud of his Italian heritage, although the same could be said about his Canadian citizenship.  He was always surrounded by family and friends whom he cherished.  He would always have a special smile and hug for niece and nephew Kenna and Caleb Dyck.  He was an active and dedicated member of the Catholic Church all of his life. Lilio retired in 2008 and filled his time with all of the people and things that made him happy, some of those being Trudy, Jason, Mark, and a precious grand baby Riley who just turned two and could say “Love you, Nonno” He will be always missed and loved by them.  Left to mourn his passing are family members Lino and Sharon Colonello, Monica Beranek, Joey and Carol Paniec, Kenny Paniec, Louis and Sharon Miles, Scott and Tracey Dyck, Bruna Paniec, and Gail Pidgeon. Also, he will be greatly missed by Zia Vittoria and many cousins and extended family in Italy and Canada. 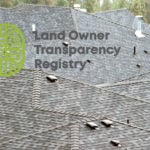