A new musical video using Pharrell Williams’ song ‘Happy’ has been released on YouTube by Golden Life Mangement Corp., featuring residents and staff from its 12 seniors’ villages, including four in the East Kootenay. Posted on July 10, the aptly-titled video has already received more than 300 views.

Landon Elliott, Director of Marketing with Golden Life Management Corp., explained: “Over the past few months Golden Life has been in the process of licensing and filming a cover to Pharrell Williams’ song ‘Happy.’ We sent a film crew to each of our 12 villages, including Calgary’s Evanston Grand Village, with a big stereo speaker, turned on the music and cameras and hoped we would capture some great footage,” he said.

“We expected it to be a fun project, but didn’t know how much participation we would actually get. In the end, we had over 40 hours of footage and had hundreds of participants. We cut it all down to the best four minutes (the length of the song),” Elliott said. Golden Life set out to make the video after watching ‘Happy’ videos published around the world for the International Day of Happiness.

“We set out to capture happy moments with our senior residents and our staff. After a two months of attaining song rights and one month of filming at our 12 locations, this is what we put together,” the video’s YouTube explanation notes. 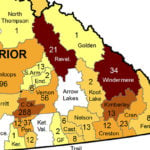 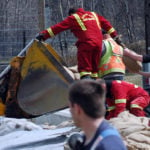