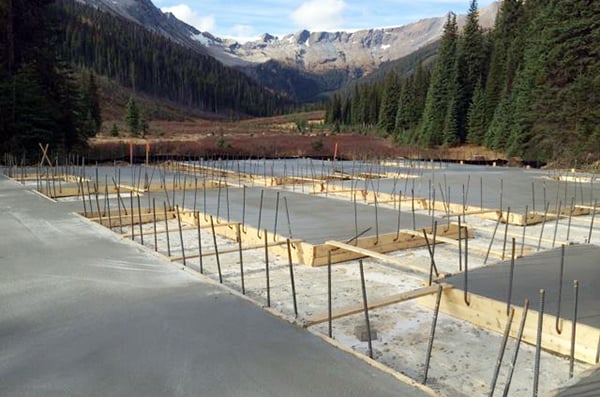 Council’s first item of business was a unanimous vote to rescind a previous first reading of the Official Community Plan (OCP) adoption bylaw. A recent avalanche risk assessment for the Jumbo resort area was required by the BC Environmental Assessment Office. The risk assessment forced changes to the proposed OCP documents.

Mayor Deck stated that a new avalanche zone had been identified in the assessment that affected a residential area. The previous OCP, which had received first reading on February 17, was therefore withdrawn. A motion to provide first reading of the revised OCP was then carried unanimously.

An OCP is a statement of objectives and policies to guide municipal decisions on planning and land use management within the area covered by the plan. According to the Letters Patent published on the municipality’s website, the OCP must not supersede or impair the Jumbo Glacier Master Development Agreement.

The West Kootenay Ecosociety has petitioned the B.C. Supreme Court for a declaration that this restriction is unlawful. The Letters Patent also ordered the municipality to adopt an OCP not later than February 28. That date has now passed.

The Local Government Act requires early and ongoing consultation during development of an OCP with persons, organizations and authorities that the municipality considers will be affected. A public hearing is also required after the first reading of the bylaw and before the third reading, for the purpose of allowing the public to make representations to the local government respecting matters contained in the proposed bylaw. A date for the public hearing has not yet been decided.

The proposed OCP (including 10 map schedules) for the Jumbo Glacier Mountain Resort Municipality is available for review and download at www.jgmrm.ca/documents.

Council gave three readings to its Financial Plan Bylaw on March 17. A motion to adopt the Financial Plan was carried unanimously at the April 1 meeting.

The Financial Plan covers the five-year period from 2015 to 2019 and includes explicit policy statements. In each year the municipality expects to receive  $250,000 in provincial government transfers by way of the Small Communities Grant. According to the BC Government website, this grant is made to municipalities to assist with provision of basic services. Grant amounts are based on a formula that factors in a base amount, population and assessment values. These grants generally apply to municipalities with populations up to 19,000.

The provincial government transfers equate to 93.6% of the total revenue of the municipality. Tax revenue amounts to 1.9% of the total.

After the meeting Mayor Deck responded to questions and stated that the tax revenues are expected from tax notices that will be issued jointly to the provincial government and to Jumbo Glacier Resort for lands leased to the resort.

Acting CAO Read explained that the plan takes a fiscally conservative approach to revenues and that although the municipality does anticipate development to proceed in the years covered by the Financial Plan Bylaw, it is unable to predict the pace of development or the taxable assessment that will accrue at this time.

The five-year plan must be reviewed and adjusted as necessary each year.

Council voted to adopt a bylaw to create a reserve fund. This bylaw had received three readings at the March 17 council meeting.

Municipalities are not permitted to budget for an annual surplus. Revenues not required for operations, in any given year, must be channeled to a fund or reserve for future purpose.

This bylaw establishes a reserve fund, which will be used to expense the planned surplus funds arising primarily from the unused annual portion of the Small Communities Grant.

According to the bylaw, the reserve fund monies shall be used for the following purposes:

b)    One-time and intermittent projects;

Council voted to adopt the Tax Rates Bylaw that had received three readings on March 17.

The minimum amount of taxation on a parcel of property is set at One Dollar.

According to the Financial Plan policy statements, for 2015 the municipality has assessed property values in the business class only.

As the final item of business, council then voted to approve the cheque register for March, which included payments of the honorariums to the mayor and councillors, and payments the municipality’s legal firm, the Receiver General and the Village of Radium Hot Springs.

The meeting was adjourned by Mayor Greg Deck at 2:11 p.m., the entire agenda having taken exactly 11 minutes.

Lead image: The foundation of the first building laid at the Jumbo Glacier Resort village site.