Residents may see selective ice fishing, and the presence of large coolers filled with water to temporarily hold burbot prior to re-release back into the lake, reports a Jan. 30 government press release.

The work is in support of a collaborative research plan involving Canada and the United States aimed at restoring the burbot, a freshwater ground-fish species distantly related to the ling cod, which is of special concern in the Kootenay Lake and Kootenay River.

Biologists will be capturing wild burbot in Moyie Lake to monitor stock levels and harvest eggs from up to 30 female burbot. These eggs will be hatched and raised in hatcheries for ultimate release of juvenile burbot into the Kootenay River later in the year.

Moyie Lake has a stable burbot population. Eggs collected here and raised for release currently provide the only source of recruitment for the Kootenay River burbot population, which remains at significant risk of becoming extinct in that region.

The February field work is one part of a larger collaborative plan to restore burbot to the Kootenay River (Kootenay River Burbot 5 Year Operational Research Plan – 2011-2016). The plan has three objectives:

* Provide a co-ordinated implementation schedule for the ongoing and future efforts to restore Kootenay River burbot.

* Provide an adaptive management framework to monitor the effects of implemented projects.

* Incorporate findings from ongoing and future burbot and ecosystem research, restoration and analysis to maximize the success of burbot restoration efforts.

The Government of British Columbia will continue to work with like-minded partners on conservation projects aimed at protecting existing burbot populations and re-introducing the species to areas of its traditional habitat.

Burbot are found in Canada, and northern locations in the United States and Eurasia. Efforts to restore burbot populations are underway around the globe, particularly in the southern reaches of areas of their habitat (including southern British Columbia and Idaho).

Restoration efforts are coordinated through the Kootenai Valley Resource Initiative, a cross-border group with representation from the Ministry of Forests, Lands and Natural Resource Operations, Kootenai Tribe of Idaho, Idaho Department of Fish and Game, University of Idaho and other international partners.

Those interested in learning more can search for burbot related work on the Government’s Ecological Reports Catalogue at:  http://www.env.gov.bc.ca/ecocat/ 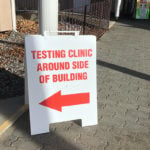