Regional officials want to put the clamp down on Nirvana – before paradise is lost altogether.

Recent mass gatherings (raves) along the shore of Lake Koocanusa and the possibility of repeat performances that will grow in size prompted Regional District of East Kootenay (RDEK) directors to unanimously agree August 2 on having a letter penned and sent to Kootenay Columbia MP David Wilks and Kootenay East MLA Bill Bennett regarding the board’s concerns about uncontrolled parties being held on Crown land in the region.

Electoral Area B director Heath Slee, whose bailiwick includes the Lake Koocanusa area, led the charge for the regional board.

Slee noted his concern was heightened at the end of June when an annual party/rave arrived at Big Springs (Fozzyfest) and another rave north of the Koocanusa boat launch at the end of July made him air his worries at the board table.

“They thought they found Nirvana,” Slee stated of the Fozzyfest organizers and participants.

The party north of the boat launch “disturbed a lot of residents,” he said, noting the partiers had “eight foot speakers” and there is no noise control bylaw governing Crown land. Slee also cited littering, vandalism and potential for injuries.

“Something needs to be done. Sooner or later there is going to be a major catastrophe,” he said.

District of Elkford Mayor and board member Dean McKerracher said he was staying near the Koocanusa Marina the night of the late July rave and concurred with Slee that the noise was intense.

Some campers departed Kikomun Creek Provincial Park campground (across the river/reservoir from the rave) at 4 a.m., with some wanting a refund for their experience being ruined.

“They are moving in from Alberta to here because Alberta has clamped down on them (ravers),” McKerracher noted before making a motion to send a letter to the senior government officials, including Columbia River-Revelstoke MLA Norm Macdonald, the RCMP and Interior Health.

“My area suffers with raves almost every weekend,” she said.

City of Cranbrook Mayor Wayne Stetski agreed that action must be taken to address the growing trend.

“It’s very important to get on this now,” he said, reminding fellow directors of the days of the Sunshine Ranch benders along Lake Windermere, when several thousand revelers would descend on the dusty piece of Crown land (which was willed to the province by the original owners for the purpose of being turned into a provincial park) on May long weekends in the 1980s.

“They used to do it (promote) with posters, inviting everyone to come out from Calgary,” he said, pointing out that today’s social media networks mean vastly superior numbers of people learn about the parties.

District of Invermere Mayor and board member Gerry Taft, while supportive of sending a letter to the senior government officials, suggested to the board that they couldn’t expect the parties to stop.

“Realistically, they are not going to go away,” he said, recommending that a location be found for them to use that will provide necessary controls and won’t result in neighbouring property owners or visitors being upset. 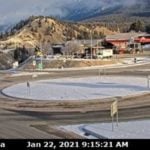 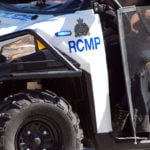