“The seminal importance of the Flathead to both the U.S. and Canada was underscored by the passage through the House of Representatives of the North Fork Watershed Protection Act,” said Bob Peart, Executive Director of Sierra Club BC.  “Given the conservative nature of the House of Representatives, this legislation points out how the Flathead’s extraordinary values transcend partisan differences.”

“This step mirrors on the American side of the Flathead the actions B.C has taken to stop energy development on the Canadian side,” said Peter Wood, Terrestrial Campaigns Director for CPAWS BC. “Now it’s our turn to step up and mirror the American national park on the Canadian side with a national park in the southeastern one-third of the B.C. Flathead. This will fill in the missing piece of Waterton-Glacier International Peace Park and World Heritage Site.”

The North Fork Watershed Protection Act of 2013 now must pass through the U.S. Senate and then go to U.S. President Barack Obama for approval.

CPAWS BC, Sierra Club BC, Wildsight and the Yellowstone to Yukon Conservation Initiative (Y2Y) are working together to permanently protect B.C.’s Flathead River Valley with a national park in the southeastern one-third of the valley and a Wildlife Management Area in the rest of the valley and adjoining habitat. 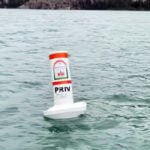