This past week, April 26 through May 2, Columbia Valley RCMP responded to 58 calls for service. The following is a summary of some of the files our officers responded to.

Minor injuries in crash near Invermere

On Monday, April 26 at 8:45 a.m., emergency crews responded to a single vehicle collision on Highway 93/95 near Invermere. A witness reported seeing a southbound Hyundai Tucson suddenly swerve off the road and down an embankment. The driver and lone occupant sustained minor injuries and was transported to the hospital to be assessed.

No serious injuries in two-vehicle crash in Windermere

On Tuesday, April 27 at 10 p.m., a single vehicle collision was reported on Highway 93/95 near Stoddart Creek Road in Radium Hot Springs. Police arrived to find a Volvo S70 down a five-metre embankment with major front-end damage. While speaking to the driver, the officer noted signs of impairment and read a breath demand to the driver. The driver was transported to the detachment and provided two breath samples which were both over the legal limit. The driver was held in cells until sober and released on an Appearance Notice to attend court at a later date.

On Sunday, May 2 at 6:30 p.m., Columbia Valley RCMP received a report of a transport truck striking a concrete wall on Highway 93 at the tunnel in Kootenay National Park. Emergency crews responded and confirmed a Peterbilt transport truck with a flat deck trailer had collided into a concrete barrier. The driver was transported to the hospital with minor injuries. The investigation into the cause of the collision is ongoing. 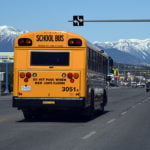