You can’t keep a good music festival down, no matter how much smoke is in the air.

There were a couple of changes to the venue this year, including shorter Saturday hours and one stage instead of two, both of which worked to enhance the experience.

“We started off our Festival with one main stage and side stage,” explained Jami Scheffer, CVAC executive director and founder of the festival. “The side stage was a great way to showcase our local musicians. We then stepped up the side stage to another main stage with the idea to move people between stages, giving the stage manager time to switch the setup for the next act. This way there wasn’t a gap in the music. We tried this for two years. The general feedback we received was that they didn’t want to move between stages, and appreciated the gap in the music to visit the bar, food vendors or to visit with friends.”

There was also the added expense of renting another stage and sound tech. So Scheffer said they listened to the feedback and went back to the single main stage.

Trying to balance the band costs and the quality of music, they also decided to shorten Saturday and add Friday night.

“People are busy on Saturday afternoons in the valley, so many things going on. Adding Friday night was decided on to entice a younger crowd, a party atmosphere and an evening event for those who work during the day and on the weekends,” Scheffer said. “It has been a perfect decision.”

Even with a shorter Saturday, there were plenty of acts gracing the stage over the two days: Miesha and The Spanks, Elk Run; Riot, The Dead South, Madeline Tasquin and Sarabande, Mariel Buckley, WiL, Lion Bear Fox and Lindi Ortega. Patrick Carrick of Columbia Valley Drumming made an appearance between acts to get people involved with the heartbeat of the festival with an audience filled drum circle as well.

Andra Louie has been involved with the festival for three years as media liaison, but has been an advocate of bringing music to the valley her entire adult life.

“Having grown up in Invermere and been a champion of live music while promoting bands and producing events at Cafe on 12th Street, Lakeside Inn and Bud’s in the early 2000s, I always hoped the community would create a sustainable music festival that reflected the values and interests of the valley,” said Louie. “I think that there is a lot of room to grow this festival into a highly revered annual musical celebration, and with a dedicated group of organizers, volunteers and partners we can do that.

“This little festival has come a long way and I think that Jami Scheffer has done a great job producing it and engaging the community to support it.”

Scheffer agrees with Louie that the festival has incredible growth potential. “Creating a sustainable music festival in the Columbia valley just makes sense for our business community,” Scheffer said. “I believe the Columbia Valley Arts Council would prefer to have a hired festival director operate the festival, but continue to support it with grant opportunities and support from our partners. “(As the festival founder), it was a dream of mine to bring an annual, outdoor beachside music festival to our valley. I am stepping down after this year’s festival, making room for a new festival director. My hope is that the festival will continue to grow, be sustainable, keep it at a manageable size, and maintain the reputation as a well-run festival. Bringing in a new ‘fest director will provide a fresh perspective, energy and varied connections/partners.”

And while finding enough volunteers can often be an issue for large events, it was not an issue the music fest faced this year.

“We actually had too many volunteers apply this year! That’s a good problem to have,” Scheffer said.

“There are presently 13 committee members. Many have served more than one year, with two as founding members. It is an outstanding group that all support live music. There were about 40 volunteers who were involved with set up, take down and day-of duties. Many of these volunteers come back each year to donate their time.” 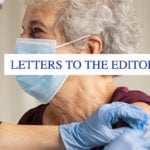 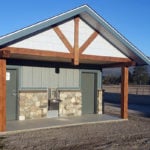