It is difficult enough to deal with bullying among children, but when it spills over and involves the parents and other community members, it can require further intervention.

When community members in both Canal Flats and Edgewater found themselves embroiled in just such a situation, it led first to the Columbia Valley RCMP becoming involved, but then to the implementation of the WITS program.

“We had two situations in each community where instances of bullying led to the parents to join in on the feud,” said Columbia Valley RCMP Cpl. LP Louis-Philippe Gendron-Fafard. “Once the parents were involved it consumed the attention of the school communities and the police had to be involve to mediate and monitor the situation.”

It was also at that point that the officer remembers a program a friend of his, who was a school resources officer, had introduced when Gendron-Fafard worked in Kamloops. After a little more research, he spoke to the past administrators at the school district and was met with significant support for the idea of introducing it here.

The definition and ultimate goal of WITS (which stands for Walk Away, Ignore, Talk it Out, Seek Help) is to bring together schools, families and communities to create responsive environments that help elementary school children deal with bullying and peer victimization.

“What we are attempting at our level in the valley is to provide elementary school children tools where they can handle bullying at their levels before the situations gets worse,” said Gendron-Fafard. “For us, it’s important to remind everyone to do what they can to keep their schools bully free and to report any acts of bullying or assist those who are victims of bullying.

“Last school year, Cst. Brennan Kish introduced the WITS program in Canal Flats and Cst. Andrew Henneberry introduced himself as a community leader at the Edgewater School where they had started the process of teaching the student about WITS. It was a great success and the students connected very well with the concept of the program.”

Gendron-Fafard said the teachers and principals at both schools were “very appreciative” and indicated that the program benefited their classrooms.

“COVID-19 did create some hurdles but we are making plans for both schools to be up and running again shortly while adhering to the new protocols in place,” he said.

An added benefit to the officers being at the schools in uniform is connecting with the students in a positive manner.

Gendron-Fafard said while initially there was some fear of the RCMP in full kit, by the end of the class visit, the fear was abated and with further visits, non-existent.

“They then understand better what our role in the community is at their level and how we can assist them.

“This year, I worked with Dr. Petersen, Principal of Eileen Madson Primary and the body of teachers at the school, and brought the program to EMP,” he said. “(With that) 11 classes from Kindergarten to Grade 3 will have be introduced to the WITS program. I’m currently working on funding to obtain further resources from the WITS program for return visit where the student will be asked to share examples on how they used their WITS and where stories involving the WITS concept will be shared with the students.”

Gendron-Fafard said he is hoping to introduce WITS to Windermere Elementary School in the near future as well.

“I should mention that I’m quite proud of the work of Cst. Kish and Cst. Henneberry with what they have done for this program in the valley,” he added.

The WITS Programs Foundation( https://witsprogram.ca/) has resources for students, educators, community leaders and parents and can be accessed by anyone wishing to learn more or help implement it. 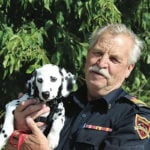