Home » Answer to a personal crisis leads to lifetime passion 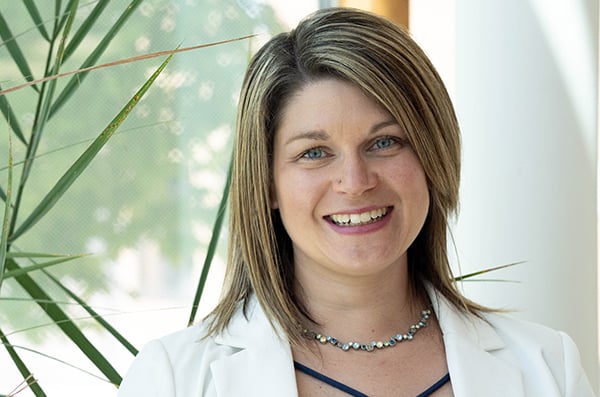 Answer to a personal crisis leads to lifetime passion

A decision to take a specific course while studying Criminology at Simon Fraser University changed the trajectory of College of the Rockies’ Criminal and Social Justice instructor Avery Hulbert’s life, both personally and professionally.

“I chose a course called Restorative Justice though I had no idea what it was,” she said. “I certainly didn’t anticipate how passionate I would become about it.”

Her academic choice became an answer to a personal issue. A survivor of childhood sexual abuse, Hulbert was in the midst of a chaotic experience in the justice system and feeling as though her life was falling apart. The Restorative Justice class, and the late Dr. Liz Elliott who instructed it, provided a ray of hope.

With the assistance of Dr. Elliott and her associates, Hulbert’s case was moved out of the court system and into restorative justice proceedings, an environment that helped to provide the healing she needed.

Canada’s Department of Justice defines restorative justice as: an approach to justice that focuses on addressing the harm caused by crime while holding the offender responsible for their actions, by providing an opportunity for the parties directly affected by the crime to identify and address their needs in the aftermath of a crime.

“Restorative justice gives a voice to victims,” Hulbert said. “We often feel silenced and disempowered in the court room and throughout the justice system. The defendant has the Charter of Rights and Freedoms and legal protections on their side, but victims have very little support.”

In addition to providing an opportunity for those who have suffered harm to be validated, the impact of restorative justice proceedings on offenders can also benefit society in the long term.

“An offender who is held accountable and responsible, and who is engaged in meaningful consequences in a timely fashion is less likely to engage in future harmful behaviour,” Hulbert said. “Many offenders are remorseful for their actions and want to make a change but don’t know how.

“Studies also show that many offenders have previously been victimized themselves. One of the greatest risk factors for serious criminal behaviour is unresolved trauma. Restorative processes provide the support, responsibility, and accountability needed for the offender to heal that trauma, potentially preventing further incidents.”

Her passion for restorative justice bolstered, Hulbert went on to earn an honours Bachelor degree in Criminology from SFU where she focused on both restorative and Indigenous justice. She conducted research in health, wellness, and justice in Indigenous communities while also volunteering her time to work with Indigenous youth and through Corrections Service Canada. She also received training in facilitating many different models of restorative processes.

Going on to complete her Master of Arts degree, also in Criminology, she successfully defended her thesis entitled Restorative processes and zero tolerance polices: can they co-exist? An exploratory case study of a secondary school in Ontario Canada. It has since been published by Lambert Academic Publishing (LAP).

Hulbert so believes in the tenets of the restorative justice process, that she would like to see it become well established even outside of legal proceedings.

“Restorative processes are values based. It’s a philosophy, a way of being, a way of seeing the world,” she said. “It is a way of treating people, valuing interactions, and recognizing that if we cause a harm to one another, we need to heal that harm, no matter how minor or how severe it might be.”

She emphasizes that restorative values and processes are not foreign concepts.

“The core values that are a part of restorative justice – respect, equality, trust, responsibility, accountability, humility – are the same values that we want in our lives, in our education and health care systems, communities, and our families,” she said. “But when something goes wrong or someone is harmed, all of a sudden we want to throw these values out and embrace this really punitive, retributive model.”

Passionate about providing community support, Hulbert has been a board member with Cranbrook and District Restorative Justice Society since 2015. The society works closely with the community policing branch of the Cranbrook RCMP, especially Constable Katie Forgeron. Through support from program coordinator Doug McPhee, the society facilitates cases that meet their mandate and may benefit from going through a restorative justice process, rather than a criminal process.

“I’ve had the pleasure to observe Avery work with students, colleagues, friends, and the community,” McPhee said. “The manner in which she engages others is by creating and valuing community, approaching conflict through the lens of curiosity as opposed to judgement, and engaging stakeholders in process which protects and honours safety, respect, and dignity.”

Continuing her commitment to restorative processes and values, Hulbert incorporates these principals into her classrooms. She has also proposed College of the Rockies consider using restorative justice processes for cases of academic misconduct, an option which is being explored.

Anyone interested in becoming a member of, or facilitator for, the Cranbrook and District Restorative Justice Society is encouraged to apply at: cdrjsociety.ca 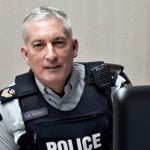