As spring finally arrives following an annoyingly persistent winter and the great thaw begins, there will be something extra flowing from the Rockies to the prairies. The Kootenay ICE; goodbye and thank you for the excellence.

And much of that respect goes to Jeff Chynoweth and his pop Ed, whose off ice teams always found ways to make the on ice great to watch.

Little Cranbrook and the East Kootenay (with a combined population smaller than Lethbridge), did yeoman’s work in supporting this club, operating in the smallest market in the league.

Only the final four seasons in the Key City were sub par, on and off the ice and at the gate, though an impressive collection of die hards stuck with them; proof that Cranbrook – and the Kootenays – remain a hockey hotbed.

We will always remember the great players and coaches who toiled in the Rockies and despite the sour nature of this franchise’s departure to Winnipeg, Manitoba, where the team nickname will truly apply, we appreciate the efforts of this year’s players.

Michael Milne broke a 4-4 deadlock with 5:44 left in regulation, scoring the final goal for the ICE on home ice.

Milne led the way with a goal and an assist, along with Jaeger White. Brad Ginnell added a pair of helpers, while Nolan Orzeck, Holden Kodak and Connor McClennon also scored.

Curtis Meger stopped 25 shots for the ICE to collect the win.

The ICE finish the season last in the Central Division, with 13 wins, 45 defeats, seven overtime losses and three shootout losses. The ICE also finished second last in the Eastern Conference and the league, ahead of only the Swift Current Broncos. 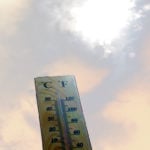