British Columbians at high risk of lung cancer will soon be able to receive early detection screening, thanks to the provincial government’s investment in a new lung cancer screening program offered by BC Cancer – the first of its kind in Canada.

“At a time when we are dealing with the challenges of COVID-19, it’s easy to forget that many families around the province are grappling with a cancer diagnosis. Cancer doesn’t wait for global pandemics, and we know that early detection can save lives,” said Premier John Horgan. “Our new lung cancer screening program will mean more treatment options, faster recovery and better outcomes for people around the province. It’s part of our work to keep people safe and healthy – no matter what they’re dealing with.”

The target population for this new cancer screening program will be adults aged 55 to 74 who smoke or have a heavy smoking history. It’s expected the first participants could be receiving scans by spring 2022.

“This is a truly important day for British Columbians,” said Dr. Kim Chi, vice-president and chief medical officer, BC Cancer. “Our clinicians and scientists have been working for years to get to this point, which is being made possible by the leadership and investment from the government of British Columbia and our valued funding partners, the BC Cancer Foundation and the Canadian Partnership Against Cancer.”

This lung cancer screening program supports other recent actions the government has taken to invest in early cancer diagnosis and treatment, including the addition of regional cancer centres at the second Surrey Hospital and Burnaby Hospital, and the expansion and investment in BC Cancer centres throughout the province with new state-of-the-art PET/CT scanners in Kelowna and Victoria.

British Columbia was also one of the first jurisdictions to create a cervical and breast cancer screening program.

“More people die of lung cancer than colon, breast and prostate cancers combined. With the new lung cancer screening program, we will have the opportunity to make a tangible difference in the lives of thousands of British Columbians, thanks to early detection and intervention. This program is an excellent example of what’s possible through meaningful, focused partnership. To that end, PHSA and BC Cancer are grateful for the support of Premier Horgan and Minister Dix, the BC Cancer Foundation and the Canadian Partnership Against Cancer,” said Benoit Morin, president and chief executive officer, Provincial Health Services Authority.

“We are here to change outcomes for people who face cancer. Donors have driven innovation and research into lung cancer screening at BC Cancer for the past decade. Today, thanks to generous individuals across B.C., we raised $1.75 million for vital equipment and startup costs. We are proud to be a part of Canadian history, as the Government of B.C. launches the first life-saving lung cancer screening program,” said Sarah Roth, president and chief executive officer, BC Cancer Foundation.

Six British Columbians die of lung cancer each day. Lung cancer is the most common cause of cancer death in Canada and worldwide.

Seventy per cent of all lung cancers are currently diagnosed at an advanced stage, and when symptoms are already present. 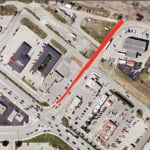