Home » Can Greens and NDP get along? Can Greens and NDP get along?

One Time Alliance BC contacted Green and NDP candidates in eight ridings (one is yours) from September 23 to October 9 and asked them to work together in this election.

Fewer doors were slammed in our faces than we anticipated.

One Time Alliance (www.oneimealliance.ca) is a cross-Canada group of citizens that believe the old-fashion First-Past-the-Post system of electing our politicians needs to change to something fairer.

The very newly formed (darn that snap election!) BC chapter of One Time Alliance looked at eight ridings that an NDP or Green lost because of vote splitting.  One of them could win if they worked together. What each candidate we spoke with had in common was a commitment to supporting the formation of a Citizens’ Assembly for Electoral Reform. The Assembly takes the decision on how our vote counts out of the hands of politicians.

We tried pairing up ridings where a Green could win if uncontested paired with a nearby riding that an NDP could win uncontested. We paired the urban area of West Van-Sea to Sky for the Greens with  either North Vancouver-Seymour or Vancouver—False Creek  or Vancouver-Langara for an NDP.  Rurally, we paired Kamloops—South Thompson for the Greens with either Columbia River–Revelstoke, or Fraser-Nicola or Kootenay East for an NDP.

What a response! Not everyone agreed to talk with us but everyone that did had a very strong opinion. Go figure.

However, what all Green and NDP candidates we spoke with did agree on is that the current voting system is unfair and needs to change. (What’s fair about one party reigning for four years that over 60% of the people didn’t vote for?)

All the people we talked to were amazing, talented, and dedicated. Two weeks into the campaign we realized it was too late to ask for this kind of sacrifice from them and their teams.

But what an experience! We learned a lot. Like, never ever try doing this during an election.

We are not giving up. All the western democracies, except the U.S., Canada, and the U.K. have dumped this ancient voting system and moved on. Google Fair Vote Canada for all sorts of facts and figures on Proportional Representation and on how a Citizen’s Assembly works.

The door is still open. Who won in your riding? Was it fair? Let’s keep talking… but after the election.

BC chapter leaders One Time Alliance 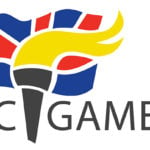