The COVID-19 pandemic has claimed 567,000 American and Canadian lives in a little over one year’s time.

It has also devastated countless businesses and even more lives as a myriad of struggles and tribulations stemming from closures and cancelations continue to ring a terrible toll.

The closure of the Canada-USA border to only essential traffic has not only exacted brutal damages on the tourism industry and cross-border commerce, a fact of life for thousands of Kootenay residents, as well as US residents, but also upon families.

If Canadians and Americans needed a reminder about the incredibly close ties and bonds between the two nations, this past year has provided a vast canvas of images, from the plight of Point Roberts, Washington residents to loved ones and friends separated by the span of the 49th parallel, sitting and visiting socially distanced apart.

Thanks to the fact that more than half of East Kootenay residents live less than one hour from one of the two international border crossings, cross-border relationships are many and one of those relationships was behind a small peaceful protest at the Roosville Port of Entry on Friday, March 19.

Charles Lynch of Grasmere and Brandy Carvey of Eureka, have not seen one another for more than a year; and Charles hasn’t been able to see his four-year-old son Colt who is with his mom in Montana.

The purpose of the protest was to bring light to the need for family access exemptions and consideration, Carvey told e-KNOW. “Mostly we are fighting to ease some rights for entering Canada as family and fighting for some family exemptions coming into the U.S. as we have none except flying now,” she said, noting her son has not seen his Canadian side of the family for more than a year, with them missing his third birthday even though he’s only a few minutes on the other side of the border.

“Charlie has to fly to the States instead of driving 20 minutes to see his son. The Lynch family have missed Christmas, birthdays and overall a year of him growing up.”

Baynes Lake resident Cathy Lynch-Follett said, “Many families are affected by the border closure, mine included. This isn’t about vacation property; this is about my nephew who has a child with his girlfriend from the USA. My brother hasn’t been able to hug his grandson in over a year.”

Carvey said it has been particularly hard on her son not being able to see his grandparents. “I personally haven’t been able to visit my grandchildren since this whole pandemic started. I ask anyone to take a moment to think of yourself personally and imagine knowing that your grandchildren are growing up and not being allowed to get a hug from Poppa, or visit the family home,” said grandpa Bud Lynch. “The old saying of having ‘one life to live’ and ‘you only get one time around’ in this life, is extremely disheartening.

“Canada and the USA have historically fought back-to-back in any wars and defended one another. Now, with the crisis we have been faced with, we are separated by an imaginary line.

I watch daily travel of what our government considers “essential” travel, with transport trucks hauling wood chips, lumber, fuel, LPG, and various other trucks day and night. I believe that family should be considered essential and today I feel it’s time to take a stand,” he concluded.

Lead image: Four-year-old Colt with him mom Brandy Carvey at the protest. Photos submitted by Lynch and Carvey families 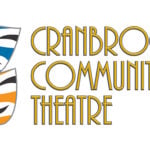