Home » Don’t ticker in the morning Don’t ticker in the morning 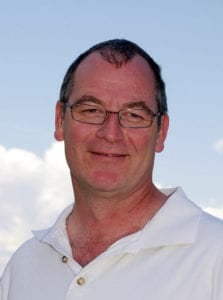 I am learning it is best not to watch television news in the morning.

But Global News Vancouver… or any news shows with tickers proclaiming an endless stream of half thoughts and consumer tease, makes the 26 step commute to work one destined for curmudgeon-land.

I mention Global Vancouver (GV) because I watch it. I live in B.C. And I mostly watch it for the weather updates (simmer down Madryga). Some time ago GV aped the other corporately hollowed distraction sluices by adding 47 news tickers and other sundry things that merely serve to addle one’s pre-caffeine senses and send us frothing into the day, Clint Eastwooding about with “go ahead, make my days” here and “you got to ask yourself one question. Do I feel lucky? Well, do ya, punk?” there.

Right off the hop, my easily distracted brain made my eyes focus on the tickers, darting from sports scores to some news and then… all sorts of inane, pointless crap that no one with a half functioning cerebrum gives a rampaging rat’s rump about.

I try to listen to the talking heads tell me about the latest smoke show in Shooterville or what that wacky fighter of legislative crime and cloning Darryl Plecas has done recently, or hear Dana Gee’s latest subtext screed on Hollywood’s vacuous vacuum.

Okay, I made those up but this one, which I saw this morning (May 31) sums it all up for me, because I see ticker ‘headers’ like this all the time… especially in the clickbait-centric world of social media: “Forest fire smoke is harmful for your lungs, heart and perhaps mental health, research says.”

Due to the enormous volume of similar ‘well freaking duh’ ticker headers now flooding Twitter, Facebook, Instagram, yadabladagram and all television news channels and shows, I have grown to expect the idiocracy.

So smoke from fires is bad for your lungs, heart and mental health, is it? (Say that in a terse John Cleese way.)

Sadly, one cannot go all Basil Fawlty on Manuel when one sees such tiny signs of the impending apocalypse. It is the way it has become.

Social media ‘experts’ or ‘influencers’ have become the gatekeepers of information. It used to be newspaper and magazine editors and radio and television producers.

Now it’s Trendy McTrenderson’s Village of the Simpering and Easily Offended or Blutto Blodgefester’s Me Me Me Money Myopitica and Metathesiophobia.

And you wonder why a filthy slug like Trump is president or a puerile panderer like Trudeau is prime minister?

If you don’t believe me, just check out tomorrow’s tickers… count the number that make no sense, have no true news value or simply state the obvious, like this column.