Electoral Reform will move political input a step away from Canadians.

It’s like the election is the be-all, end-all and happens in a vacuum, having no related effect on other parts of our Canadian democracy.

NO ONE is asking about possible consequences.

Those nation’s “art” of assembling national control is more a chancy roulette wheel than creating a well-constructed government.

Many Canadians have an irrational romantic notion about minority governments. Perhaps that’s why the chattering class who campaign for Electoral Reform choose to ignore the reality of electoral tinkering. The election only selects the players. Those players choose how they will play the game, and with whom.

We should have learned something in 2008 when the Liberals and NDP plotted with the Bloc, our nation’s separatists, to wrench control from CPC.

The foundation of the Libs – NDP coalition was a well behaved fox in the chicken coop. It took a mini constitutional crisis to get Canada’s ship of state back onto an even keel.

The foundation stone of British Parliamentary democracy is the election of MPs who control the government by supporting budget expenditures by “confidence” votes.

A Prime Minister MUST formally report a failure to the Canadian head of state (the GG).  The GG must ask the PM to form another cabinet (government) to present a budget to the MPs to ask for their majority approval.

The inevitability of electoral reform is that it will result in permanent negotiations of coalitions. The selection of the Canadian Prime Minster will come from a process of “horse-trading” behind closed doors.

In many nations it takes weeks following the general election to sort the mess. At the end of the secret process, just like the selection of the Pope in Rome, Canadians will see a puff of white smoke in Ottawa.

Isn’t Canada the envy of the world for electoral stability?

Remind me. What are we trying to fix?

And why is there no debate about this by the talking heads on our TV screens? 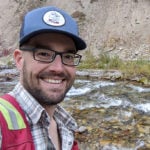 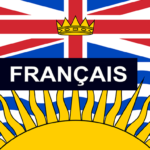 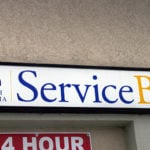