A new report captures the voices of local communities in the B.C. Columbia River Basin and summarizes what residents think should be addressed in a modernized Columbia River Treaty.

In spring 2018, negotiators representing the governments of Canada (including British Columbia) and the United States began holding meetings to discuss the future of the treaty. In order to keep local residents up to date on negotiations, the B.C. government hosted a series of 10 community meetings in the B.C. Columbia River Basin. These meetings, held in June and December 2018, also sought residents’ input on key issues they felt should be considered in the negotiations.

“When the Columbia River Treaty was created more than half a century ago, governments didn’t consult the people in the Columbia Basin,” said Katrine Conroy, Minister Responsible for the Columbia River Treaty. “Our government today wants to hear how local residents think the treaty could be improved. We’re committed to engaging with the people most affected by the treaty and to taking their views to the negotiating table. B.C. is also committed to continuing our sustained engagement with Indigenous Nations, and we are working closely with Canada and Indigenous Nations to ensure that our common interests are addressed in a modernized treaty.”

The report provides details on the discussions at each community meeting. Among the topics raised were treaty impacts to Columbia Basin ecosystems, agriculture and tourism, increased support for the most affected communities, Indigenous Nations’ involvement in the treaty negotiation process, the need for greater youth engagement on the treaty, re-introduction of salmon to the Canadian portion of the Columbia River, and equitable sharing of benefits between Canada and the U.S.

The province will return to Columbia Basin communities in 2019 to provide further updates on negotiations and seek input on new developments, a Dec. 21 Ministry of Energy, Mines and Petroleum Resources press release outlined

The next round of Columbia River Treaty negotiation meetings will take place Feb. 27 and 28 in Washington, D.C.

The Columbia River Treaty, ratified in 1964, is a trans-boundary water management agreement between Canada and the United States. The treaty optimizes flood management and power generation, requiring coordinated operations of reservoirs and water flows for the Columbia River and Kootenay River on both sides of the border.

The treaty has no end date, but either country can unilaterally terminate the treaty from September 2024 onward, provided that at least 10 years’ notice is given.

View the report
Learn more about the Columbia River Treaty 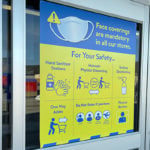