Interior Health board member John O’Fee of Kamloops has been appointed incoming chair of the board of directors, to replace current board chair Erwin Malzer when he completes his tenure on Dec. 31.

“In his 10 years as a director and two years as board chair, Mr. Malzer has served Interior Health with distinction, with a strong focus on building patient care and improving health outcomes for the residents of the Interior region,” said Health Minister Terry Lake. “We greatly appreciate his significant contribution to the provincial health-care system.”

Since becoming board chair in January 2015, Mr. Malzer has overseen numerous initiatives that have improved access to patient care, including the opening of new community health centres in Grand Forks and Kelowna, the Royal Inland Hospital Clinical Services Building in Kamloops, and the Interior Heart and Surgical Centre in Kelowna. In that time, digital mammography services at Cariboo Memorial Hospital were also introduced, the Intensive Care Unit at East Kootenay Regional Hospital in Cranbrook was expanded, and the Polson Tower at Vernon Jubilee Hospital was completed.

A key focus for Mr. Malzer and the board of directors has been – and will continue to be – improving Interior Health’s relationship with Aboriginal peoples. During his tenure as board chair, a Letter of Understanding was signed with the Ulkatcho First Nation, the last of eight health agreements that create strong partnerships to enhance health outcomes for our Aboriginal population.

To improve patient and care provider access to health information, Mr. Malzer championed investments in technology including the launch of MyHealthPortal, which gives patients 24-hour electronic access to their health information, the expansion of electronic health records to Royal Inland Hospital’s emergency department, and broadened the reach of telehealth services. Most recently, Williams Lake and Cranbrook were connected with BC Children’s Hospital in Vancouver for child audiology telehealth services.

“Mr. O’Fee is a worthy successor to the role of board chair, with his wealth of experience in board governance and connection with communities. I am confident he will continue to provide the board and the health authority with the same sage advice as his predecessors, with a continued emphasis on patient-centred care,” said Lake.

In his new role, O’Fee will guide Interior Health’s board of directors as the organization continues to realign its resources with a goal of shifting the focus of health care from hospitals to enhanced primary and community care. The intent is to support people to live healthy at home and in their communities for as long as they can.

“I have come to know John and appreciate his advice and perspective since he joined the board earlier this year,” said Mr. Malzer. “I look forward to working closely with John over the next two months as I support him taking over this important role, and as I transition into new opportunities to serve our great province.”

A well-known community leader, O’Fee has served Kamloops and the region as a school trustee and board chair, city councillor, regional district director, and chair of the Thompson Nicola Hospital District. Other service includes a term as a director of the BC Municipal Finance Authority, president of the Kamloops Airport Authority Society, as well as president of the Thompson Rivers University Foundation. John currently serves on the Health Professions Review Board, and left his role as a director of the finance and audit committee of the Provincial Health Services Authority earlier this summer to join the board of Interior Health.

O’Fee has earned recognition for his community and charitable work with a Distinguished Alumni award from Thompson Rivers University, a BC Community Achievement Award, and most recently an appointment to Queen’s Counsel in 2015. 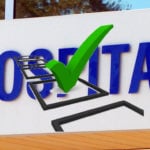