Convictions of obstructing officers and possessing a carcass without parts attached resulted in a sentence of a $7,000 fine, a two-year hunting suspension and a caribou and moose forfeited to the Crown.

The investigation started on September 17, 2019, when Conservation Officers, along with the RCMP Air Service, conducted hunter checks of remote fly-in lakes northwest of Dease Lake. During one of the checks, officers became suspicious of a bull caribou and a bull moose killed by one of the hunters in a camp.

The subsequent investigation by Conservation Officers in Atlin, Dease Lake and Fernie, determined that both animals were illegally killed. Officers were deliberately hindered during the investigation by the hunter, COs reported.

The majority of the $7,000 fine – $6,500 – was ordered to be paid to the Habitat Conservation Trust Fund. No name was provided by authorities.

The BCCOS appreciates the support of the RCMP and its Air Service Branch. 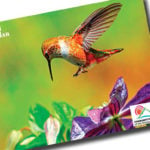