On June 12, City of Kimberley Council held its bi-monthly meeting.

Council voted unanimously to provide a loan to the Kimberley Health Centre Society (KHCS) for the purpose of repairing the buildings roof, which is original to the buildings 1958 construction.

Chief Financial Officer (CFO) Jim Hendricks indicated in a report that the KHCS has budgeted $20,000 per year to cover payments on the loan. He also noted there would be “no cost to the tax payer” and the interest rate would be the “same as if [the money were] sitting in the bank.”

Mayor Don McCormick told council it was “important to understand the KHCS charges lease rates” to tenants and businesses using the building. Ultimately it is these tenants who pay for the roof repair.

Mr. Jack Radcliffe, KHCS Treasurer, thanked council for its support. He also indicated that Interior Health (IH) had repeatedly pointed to the KHC as an example of a beneficial facility for communities that do not have a regional hospital. Council voted unanimously to spend just over $835,000 to purchase a Vactor Sewer Cleaner/Hydro Excavator and a Elgin Broom Bear sweeper truck from Vimar Equipment of Burnaby, BC.

The existing hydro truck will be traded in on the new one. The city expects to receive approximately $75,000 for it.

The old sweeper truck will be kept in operation to supplement the new truck, which should ensure the timely cleanup of city streets each spring.

The Operations Department consulted with mechanics and operators about each vehicle. They were “comfortable with the product, service and parts availability.”

BC Transit service expanding between cities Council authorized CAO Scott Sommerville “to sign the Implementation Agreement for commuter [transit] service expansion to begin in September 2017.” Expansion of this BC Transit service includes one morning round trip from Kimberley to Cranbrook and an afternoon round trip. The morning trip will depart Townsite Grocery at 7:30 a.m. making four other stops along the way and arrive in Cranbrook around 8:15 a.m., making four stops around the city. The afternoon trip will leave Cranbrook between 4:40 p.m. and 4:55 p.m. arriving in Kimberley at approximately 5:30 p.m.

The new Veterans Memorial Park unveiling will take place on July 8, followed by a dinner to celebrate visiting and local veterans and their families. The city will co-sponsor the event, which will be held at Centennial Hall.

Council also made it official designating the city-owned land where the Memorial is located as a park, which means no future council could change that designation without a public referendum.

An outdoor patio was approved for the Broken Paddle Diner, formerly BJs Restaurant and Creekside Pub. This means a new deck will return to the Mark Creek side of the building.

The City will execute “the Conditional Grant Agreement provided by the Ministry of Transportation & Infrastructure for a grant of $72,500 or 50% of the total eligible project costs under the Bike BC program to be applied towards the construction of the Kimberley Downtown Trails Connectivity Project.”

This successful grant will “connect the Peaks to Platzl Trail and the downtown area with a separated pathway and a timber frame bridge” over Mark Creek.

The next council meeting is Monday, June 26. 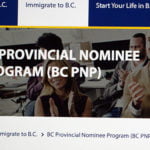