On May 13, City of Kimberley council held its regular bi-monthly meeting.

Newel stated that traffic enforcement and road safety are a top priority for officers. No matter what event he attends in town, he said, “Everybody has a story for me about erratic driving.”

Commenting on the lower number compared to last year, Newel said, “Is that because people are getting the message? Or we’re not as effective at catching the ones we used to?”

The Crime Reduction unit made strides in dealing with prolific offenders reducing the number from four to two, “which we monitor very closely.”

The other “time consuming” item the detachment deals with are people who claim to be harassed on social media. “I had a complaint today, someone wanted me to go speak to some parties who were rude and had some inappropriate behaviour to each other on Facebook.”

The other interesting development with social media is that people chat about “crimes or different incidents they’ve been involved in, but they don’t report it, they don’t phone us,” said Newel. “It’s somewhat disconcerting in that we’d like to have a pretty good idea of what’s going on in the community. If people aren’t reporting [events], I encourage them to let us know,” he added. The city will enter into a Memorandum of Understanding (MOU) with the Regional District of East Kootenay (RDEK) to partner on its submission to the provincial government for funding of an Organic Infrastructure Program.

The program would see compostable material (non-animal food scraps, yard waste) diverted from the solid waste stream in order to reduce the amount going into landfill, reduce greenhouse gas emissions and reduce bear attractants in the form of backyard composting.

In late April, council approved a request to consider a proposed emergency communications tower. It would be located on city-owned land on the Marysville bench along Jim Ogilvie Way. The city issued a public notice regarding the proposed tower in order to obtain feedback from residents.

Thirteen letters of opposition were received by the city.

Most residents who responded sited the towers possible interference with the Volksmarch Trail or the viewpoint near the tower location. Other comments concerned the night signal light from the tower shining on Marysville and Forest Crowne, the towers visibility to Marysville residents, that it would be an “eye sore” and that it should be located across Jim Ogilvie Way on Teck lands.

One comment suggested the city would need to conduct an archaeological assessment on the land before any work could be done and a couple of people raised the concern about health issues from radio signals.

Coun. Goodwin said, “It’s not unexpected we’d get some letters of opposition.” He credits staff for listening to residents and going back to look at other options.

Responding to Coun. Oakley’s question about other options, Jim Hendricks, CFO, informed council one alternative the city is looking at is the tower at the Marysville Fire Hall.

“Even with the tower as it is, we can hang some equipment off of there and possibly put a larger tower in there at some point in time.”

Mayor McCormick added, “Up in the area where this is supposed to go there is a pump station already there and a hydro pole that is no higher than the proposed tower.”

He felt there was “uncertainty and doubt” about the proposed tower. He concluded, “The money we’re going to save, the extra service levels we’re going to be able to provide and the data we’re collecting, that’s why we’re doing this.”

The next regularly scheduled council meeting May 27. 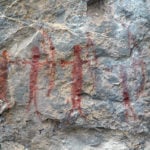