Through the Accord, the Principals recognize the need for a different approach to treaty negotiations to get results in a shorter timeframe that lead to prosperous, healthy and self-determining Indigenous communities, a Ministry of Indigenous Relations and Reconciliation, First Nations Summit and Crown-Indigenous Relations and Northern Affairs Canada joint media release related.

The Accord states that extinguishment and surrender of rights have no place in modern-day Crown-Indigenous relations or agreements. Instead, the federal and provincial governments and First Nations Summit have agreed that Aboriginal title and rights must be continued through treaties, as well as other types of agreements.

The Accord states that the Principals respect the right of each First Nation to select its own pathway to exercising self-determination and whether it pursues reconciliation with the provincial and federal governments through treaties or other types of agreements and arrangements. The Accord affirms that treaty negotiations and implementation must reflect the United Nations Declaration on the Rights of Indigenous Peoples and the Truth and Reconciliation Commission’s 94 Calls to Action, the release noted.

The Accord also demonstrates the Principals’ commitment to transformative change beyond the recommendations set out in the 2016 Multilateral Engagement Process to Improve and Expedite Treaty Negotiations in British Columbia.

“The federal and provincial governments’ relationships with Indigenous Nations have been steeped in colonialism. Crown denial of Aboriginal title and rights of B.C. Indigenous nations and our distinct governments, laws, traditions and cultures has had a profound and lasting impact on Indigenous peoples and has undermined social and economic growth in this country,” stated Grand Chief Edward John, First Nations Summit political executive.

“Crown denial of our titles and rights has also served as an obstacle to progress at many treaty negotiation tables. Through the Principals’ Accord and other policy initiatives, Canada and British Columbia have committed to forge a new relationship with Indigenous peoples based on recognition and implementation of Indigenous rights, rather than their extinguishment. In the Accord, the Principals also agree that section 35 of the Constitution Act, 1982, contains a full box of rights. We are encouraged by the commitments and processes set out in the Principals’ Accord which, once implemented, can further support the conclusion of treaties in a timely manner and help us turn the page on Crown denial of our titles and rights.”

“The B.C. treaty negotiation framework, in addition to serving as the primary mechanism for Canada, B.C. and First Nations to achieve reconciliation, provides a framework for operationalizing the minimum standards for the survival, dignity and well-being of Indigenous peoples that are set out in the UN Declaration on the Rights of Indigenous Peoples, including the standard of free, prior and informed consent set out at Article 32(2),” said Cheryl Casimer, First Nations Summit political executive.

“Implementation of Canada and B.C.’s commitments in the Principals’ Accord to ensure that Crown treaty negotiation mandates will be consistent with the UN Declaration can go a long way towards transforming and reinvigorating the B.C. treaty negotiations framework,” she added.

“Although several treaties have been concluded in B.C. under the B.C. treaty negotiations framework, overall, progress has been unacceptably slow, and we have encountered more challenges than were initially anticipated. Perseverance, hard work and regular and effective communication among the Principals will be required to implement the commitments set out in the Principals’ Accord. Thus, it is vitally important that the Principals live up to their commitment to meet at least twice a year in person to continue collaborating on addressing issues that may be impeding progress in treaty negotiations,” said Robert Phillips, First Nations Summit political executive.

Scott Fraser, British Columbia’s Minister of Indigenous Relations and Reconciliation stated: “The treaty process in British Columbia needs to better reflect our growing and evolving relationship with First Nations and our commitment to the UN Declaration. Our goal is to found treaties on lasting government-to-government relationships that are flexible, adaptable and don’t freeze rights in time. With our federal and First Nations partners, we are focused on creating real change and developing treaties that lead to lasting reconciliation.” 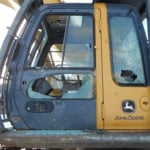