Home » ICE and Hitmen even coming to Cranbrook ICE and Hitmen even coming to Cranbrook

Adam Tambellini’s goal 16:36 into overtime completed a 3-2 comeback victory for the Calgary Hitmen over the Kootenay ICE Sunday at Scotiabank Saddledome.

The best of seven Western Hockey League Eastern Conference Quarter-Final series is now tied at a game apiece with Games Three and Four set for Cranbrook Tuesday and Wednesday.

The game remained scoreless until the nine-minute mark of the second period, when on a Calgary powerplay Hitmen forward Pavel Karnaukhov capitalized on a rebound in front of ICE netminder Wyatt Hoflin.

However, Kootenay would take the lead before the intermission on a pair of late goals. Captain Sam Reinhart re-directed a Rinat Valiev point shot home for his first goal of the playoffs at 17:51 before Jaedon Descheneau gave the ICE a 2-1 advantage with 24 seconds remaining in the frame with a sharp snap shot.

The Hitmen equalized on another power-play opportunity with 9:29 left in regulation time with Karnaukhov tallying his second goal of the game to force overtime.

Both sides enjoyed chances in overtime, as Kootenay fired 11 shots at Calgary goaltender Mack Shields. Tambellini scored the decisive goal on the Hitmen’s sixth shot of extra time, snapping a puck past Hoflin from the faceoff circle.

Hoflin made 30 saves Sunday, including 12 in the third period as Calgary pressed for a regulation-time winner.

Shields, who came on in relief of Brendan Burke at the start of the third period, stopped all 19 shots he faced. Burke made 18 saves before being replaced. 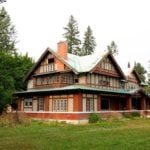