Former Kootenay ICE offensive engine Luke Philp has made the most of his time since leaving the Western Hockey League.

The Canmore, Alberta product was today honoured as Player of the Year in Canada West (CW) university hockey.

The Alberta Golden Bears leader, now in his third season, is also garnering looks from pro scouts thanks to his on-ice escapades, leading the Edmonton-based club to the CW finals, starting Friday against the Saskatchewan Huskies.

Philp’s impressive totals came in 24 games, after missing a four-game stretch early in the season with an injury.

Of Philp’s 45 points, 25 came even strength, 17 on the power play, and three while short handed. Through 78 Canada West regular season games, Philp has 103 points (42G-61A) for Alberta, who is looking to defend their CW and U SPORTS championships in the coming weeks.

Philp had 14 multi-point games this season for the Bears, who finished second in the conference standings. One of the most impressive stats from Philp’s outstanding season was the fact he was held off the scoresheet just three times, and finished tops in the conference in plus/minus amongst forwards with a +21 rating.

“Winning the Canada West scoring title two years in a row, especially this year when he missed four games due to injury, and still scored 21 goals, speaks for itself. Luke is an excellent leader on our team and a clutch performer. He has produced in all situations, and been the most reliable and consistent player in the conference this season,” said Alberta head coach Ian Herbers.

A business student, Philp now moves ahead as the CW nominee for the Sullivan Trophy, which is awarded to the nation’s top university hockey player, and will be handed out in Lethbridge prior to the University Cup next month.

The league awards are selected by the conference’s eight men’s hockey coaches.

Lead image: Luke Philp, in his third season with the Alberta Golden Bears (middle) finished his WHL career with the Red Deer Rebels (left), after a stellar run with the Kootenay ICE from 2011-2016, scoring 95 goals and 140 assists in 247 games. WHL image 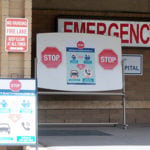