British Columbia’s provincial budget is balanced on a tightrope with no safety harness.

We will soon learn on budget day if Finance Minister Carole James is able to keep it from tumbling into a tub of red ink.

During her most recent fiscal update in the fall, James said B.C.’s operational surplus was sitting at $148 million, $31 million less than previously forecasted. That’s a tiny surplus when considering the entire operational budget is about $59 billion.

The government forced monopoly on auto insurance lost more than $1 billion last year when the government had been hoping it would only be about $50 million in the red.

Along with tap-dancing on the deficit cliffside, the B.C. government is racking up the debt on the backs of B.C. taxpayers.

Our provincial debt is set to hit $70 billion on Feb. 19, the day after the new budget is delivered. That’s the equivalent of about $14,000 per person in B.C.

Our provincial budget shouldn’t be teetering on the brink of red ink and our province shouldn’t be diving deeper into debt when our economy is doing relatively well with a strong work force and plentiful natural resources.

When Premier John Horgan was first elected to government, the provincial budget had a $2.7-billion surplus and now our finances are barely staving off a deficit. We are at risk of diving into red ink while the tax burdens on British Columbians are increasing. The NDP-Green government imposed the Employer Health Tax on job creators and municipalities, it jacked up the B.C. carbon tax, hiked the TransLink tax and it created new housing taxes. All these new taxes cost B.C. taxpayers more, but these politicians are still having trouble balancing the books.

How can the government budget better?

The B.C. government should douse the ICBC dumpster fire once and for all. Taxpayers should not be tied to this perennial fiscal risk and taking ICBC off our budget books will free up hundreds of millions of dollars every year for lower taxes or other services.

The province should either alter or scrap the CleanBC program. More than $902 million in taxpayers’ money has been earmarked for this plan and it’s already off track.

The B.C. government needs to stop wasting taxpayers’ money in hopeless court battles fighting against the expansion and marketing of Canada’s natural resources.

Governments reap substantial tax revenues from natural resource projects. Thwarting them costs us cash in lost wages, missed taxes and costly court fights. For example, because Canada does not have its full pipeline capacity the federal government could miss out on about $13 billion in federal tax revenues between 2013 and 2023.

If our province is going to keep a balanced budget, reduce taxes and start paying down our ballooning debt, our government needs to dump ICBC, carefully watch its spending and embrace natural resource development. 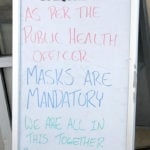