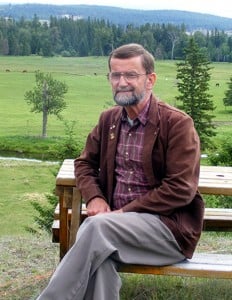 Anyone reading e-KNOW the past week has probably noticed a vigorous debate over the use of jet boats on the St. Mary River. I have participated in the debate and I think it’s time to make the debate less nasty and more productive because the St. Mary is a prime recreational stream in the area used by many.

The debate was sparked by a letter writer who said he witnessed two large jet boats “charging up the river” May 15 and felt that the effect on the river’s fish and waterfowl was “undoubtedly negative” considering that cutthroat trout are now spawning and the river is closed for fishing. He said he also saw goslings fleeing for cover as well as ospreys and herons scattered by the noisy boat.

I agreed and added a comment to his letter saying I strongly felt that jet boating shouldn’t be allowed on a river as pristine as the St. Mary, which has been designated by the government as a “trophy” trout fishing stream and subject to special fees and regulations to preserve its trophy status.

Then all hell broke loose!

Another individual identifying himself as a jet boater on the St. Mary commented and mounted a strong defence of jet boating on the St. Mary saying amongst other things that motorized jet boating was a legitimate form of recreation on the river and has no more impact on the river’s fish and waterfowl than kayaking or canoeing and that his jet boat is “quiet” and he should be allowed the same access to the river as non-motorized users.

That individual and I then debated the issue fiercely, and after our heated debate, which you can read in the e-KNOW comments section and the Disqus Blog, I decided to find out as much as I could about the status of jet boating in B.C. in hopes of reducing the anger surrounding the jet boat debate and giving the public the facts as much as possible. In order to do this, I contacted the Transport Canada Office of Boating Safety in Vancouver.

What I found surprised me.

Under the government Vessel Operation Restriction Regulations (VORR), there are no restrictions at all on the St. Mary River. Vessel operating restrictions are based on engine type and power, not vessel size, says Boating Safety Officer Johannes Mulder. There are no specific regulations for jet boats other than having a pleasure craft operating licence and a muffler to control noise.

So, in terms of legalities, it’s clear sailing for jet boats on the St. Mary River. But it’s not necessarily the end of the story for those opposed to the noisy craft.

A potential route they could go through is provided by the VORR. Under these regulations, jet boat opponents can ask Transport Canada to restrict jet boats on the St. Mary if they can get one level of government to support their request under VORR. Obvious grounds would be fish, waterfowl and wildlife disruption. Degrading of the wilderness experience is another potential argument.

However, access restrictions are never popular whether they’re placed on logging roads or streams and those trying to get restrictions placed on the St. Mary River will face a steep, uphill battle.

It all boils down to what we value. A beautiful wilderness unsullied by man and his machines or a wild and pristine river used as a watery racetrack Unless people rise up and oppose this, that’s exactly what the St. Mary will become.

Gerry Warner is a retired journalist, who has paddled the St. Mary several times and respects its wilderness beauty.