A Lethbridge woman is facing a lengthy list of charges after speeding away from RCMP officers when they attempted to stop her in Elkford yesterday.

On Monday, July 6, Elk Valley RCMP and East Kootenay Traffic Services responded to three reports of an erratic driver, starting from Elko, through Sparwood and then to Elkford.

“The driver of a white Nissan Altima was seen driving into oncoming traffic and swerving excessively all over the road,” reported Cst. Debra Katerenchuk of Elk Valley RCMP.

“The vehicle was spotted near the four-way intersection in Elkford; however, attempts to stop the vehicle by the RCMP were negative because the vehicle had accelerated past them at a high rate of speed.”

In concern for public safety, officers did not pursue but headed southbound on Highway 43 where the vehicle was last seen, Cst. Katerenchuk said.

Officers were able to catch up with the driver of the Altima and complete a safety stop. The female driver was immediately arrested for several offences including: operating while impaired, dangerous driving, flight from Peace Officer, failure or refusal to comply with blood demand, possession of stolen property and failure to comply with undertaking.

The female, from Lethbridge, Alberta, is currently in custody awaiting a bail hearing for her charges.

No one from the public, the female driver or the RCMP were injured in this incident.

Elk Valley RCMP continues with its investigation and is asking anyone who may have witnessed or video recorded any part of this incident on their cell phones, to contact the Elk Valley RCMP at (250) 425-6233. 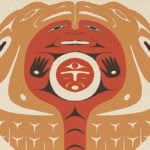